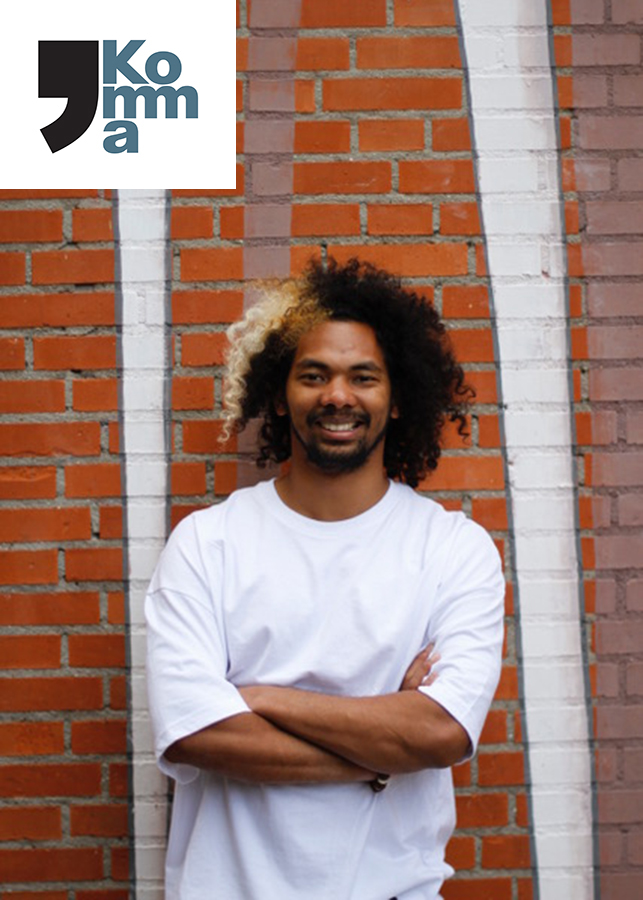 Rohiet Tjon Poen Gie (1990) was raised in Suriname. He is an experimental urban dancer who is known for his individualistic style of dancing and uses styles as breaking and popping supplemented by other influences. At a very young age he took lessons in ballet, street dance and hip-hop and traveled abroad to dance and battle and won several awards. In 2009 he decided to turn his passion into his profession and after studying dance in both Amsterdam and Tilburg, he auditioned for “DOX” and collaborates with choreographers such as Elvis Sebiko (Black Roots foundation), Giovanni Vreede, Blenard Azizaj (a dancer from Akram Khan Dance Company), Shailesh Bahoran and many others.
He invited Edurne Echaide Lopetegui to make a duet.

Edurne Echaide Lopetegui started dancing streetdance when she was 7 years old and continued experimenting with contemporary dance. In July 2021 she graduated in Fine Arts and obtained a residency at Utopian Music School to develop her own research. Furthermore, she began her internships with the dance company DOOS Colectivo and now she is a dance student at Fontys.

They react to the exhibition 'Is Pas d'Espace' by Maud van den Beuken, Loek Grootjans and Margot Zweers. They have been working in PARK in week 44 and the performance took place on November 13. Find a short impression here.

Rohiet: 'For this project or piece that is about space, I chose to make a duet because I found it easier to translate than with a solo.
What inspired me is how our human emotions can impact space. Sexual energy, hate, playfulness. But also how you present yourself and what kind of clothes you are wearing. Where you stand in space. How you behave in a certain space of which we have certain expectations.
Furthermore, the element of music, how that affects the space, each track has a different feeling and fills the space in a different way.' 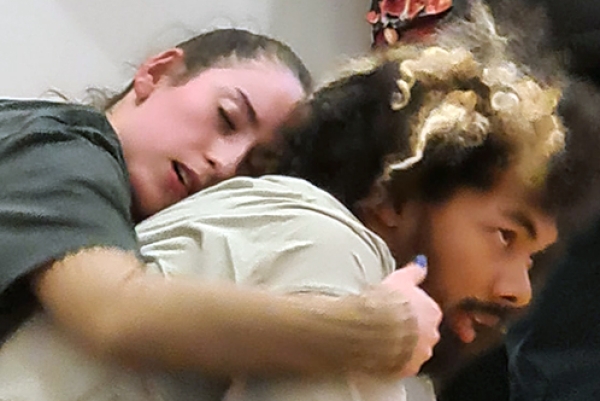 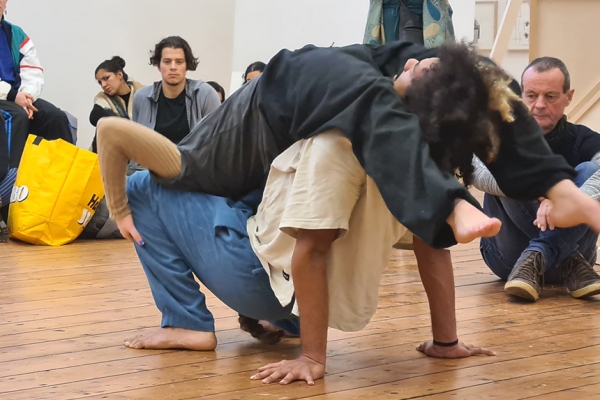 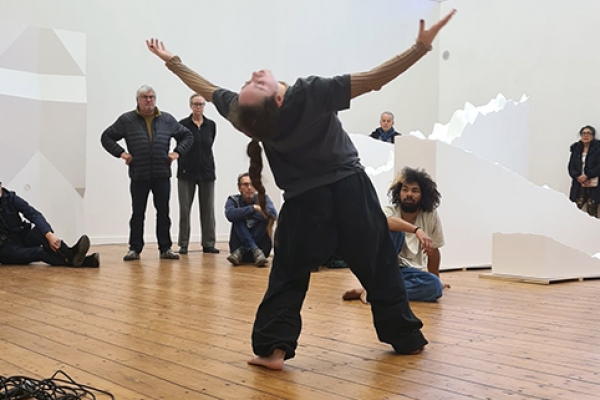 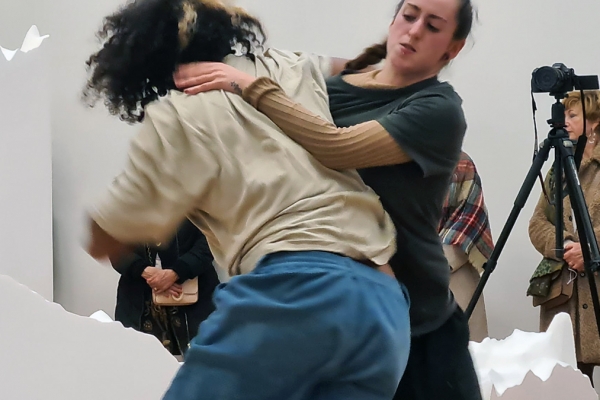