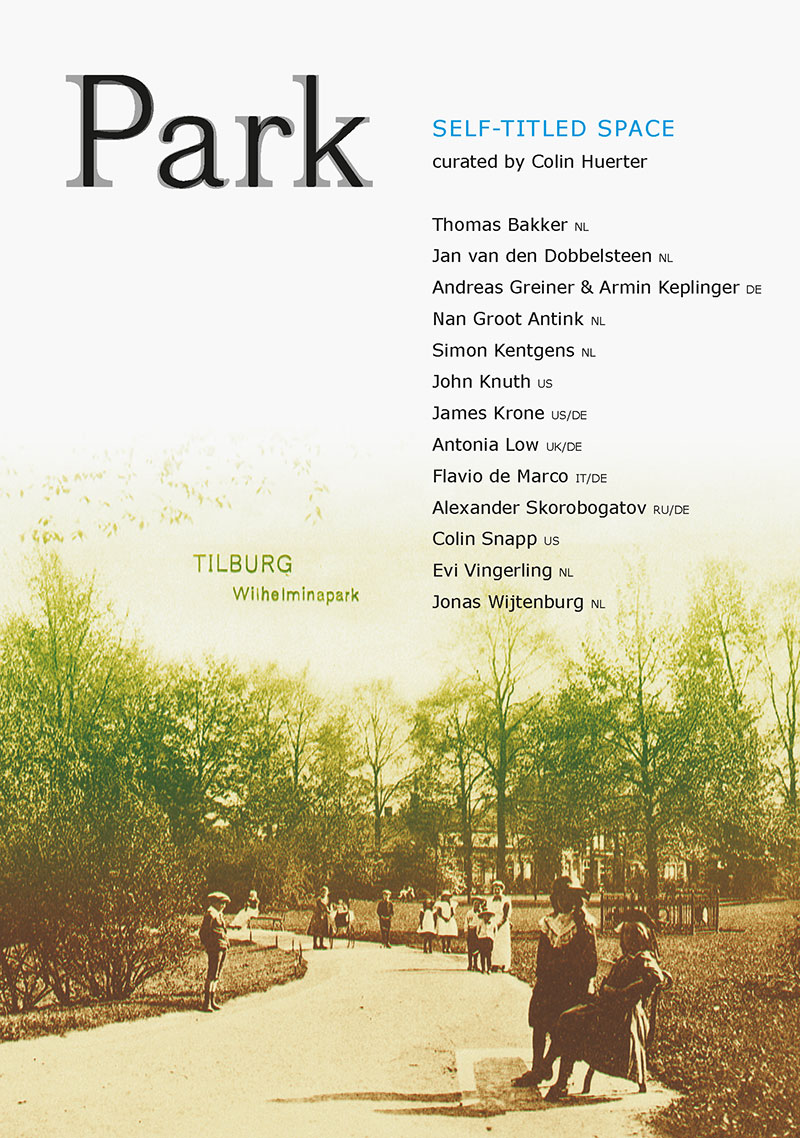 PARK invites curator Colin Huerter from New York to put together an exhibition after visiting artist in and around Tilburg, suggested by PARK. He combines these with some of his 'own' artists and thus comes to Self-Titled Space.

Outside the front entrance to PARK is a tranquil urban public space called Wilhelminapark, a prime example of how pockets of nature have been woven into the concrete fabric in order to relieve some of the common tensions of contemporary urban dwelling. But do these urban public spaces offer the promised respite from the daily grind? In Self-Titled Space paintings, photographs, sculptures and a video will have their say about our orientation to nature and the contemporary landscape.

'A huge gate at the entrance of the space attracts attention immediately. Old and new, forever and ephemeral, solid and delicate. This is an exhibition of the new sympathetic art space Park about our relationship with nature and the park.'
Brabants Dagblad

John Knuth lives and works in LA. He works with a variety of mediums, including sugar, smoke flags, and fly shit. For Self-Titled Space, Knuth made a banner that builds upon a recent body of work, 'Elevated Uncertainty', for which Polaroid photographs and smoke flares were used, and turned the act of distress into a creative action. The resulting works transcend the simple materials and making, and evoke shapes and themes of landscapes and volcanoes.

Thomas Bakker says of his work: 'My temporary installations are built up from pictures, projected video/16 mm film fragments and slides in combination with everyday objects and their surroundings. Strongly influenced by cinema and architecture my site-specific installations show the spectator a constant research into narrative and space. I use the exhibition space as a studio, but the result is always presented in a clear and formal way. I clean up and let the space show itself and my work'.

Jan van den Dobbelsteen has been working with sound and sound installations for more than 25 years. Van den Dobbelsteen is interested in the fundamental structures of space and sound, he creates sounds that are related to specific research on elements like flowers, machines, architecture, color and sound bodies. In relationship to the work of Simon Kentgens, he also shows two paintings, which he has commissioned in China.

Andreas Greiner & Armin Keplinger live and work in Berlin. While they collaborate frequently, each has his own individual practice. A significant portion of their sculptural work involves organic material, and action, which serves as a trigger for an event. From controlled explosions in a rural landscape to a distilled bottle of water slowly dripping on a hot plate, their practice centers around pushing the limits of fine art as spectacle and entertainment.

Jonas Wijtenburg lives and works in Utrecht. He explores contemporary sculptural concerns like force distribution and load using traditional skills and labor. In the past Wijtenburg has carved fully working jacks from repurposed wood and raised stacks of wood to ceilings of dramatic height. For Self-Titled Space, Wijtenburg built on site a monumental arch using wood and plaster, incorporating the clamp as a means to examine - the inner workings of - a skeleton.

Alexander Skorobogatov works in both painting and sculpture, he deals with eroticism, nature, and depravity – layering images and narratives, asking questions of voyeuristic fantasy and complicity. His paintings draw from a wide array of art historical sources, referencing Twombly and Rousseau.'

James Krone lives and works in Berlin. Producing sculptures, installations, and videos underpinned by his primary practice as a painter, Krone explores the process of art making—both as a self-referential practice and as a means to comment on philosophical ideas, historical events, and contemporary culture. Though never literal, his earlier work was more figurative than his recent abstract paintings and sculptures.

Nan Groot Antink produces her own dyes from native and foreign plants, creating poetic monochromes that merge color, support, and materiality.  For Self-Titled Space, Nan Groot Antink presents the Wilhelminapark series, which was made from the leaves, flowers and trees from the park of the same name. The autumnal monochromes were made while Nan Groot Antink worked in the exhibition space many years ago, when it was her studio. Also presented with the paintings are the jars and pots Nan Groot Antink uses to extract the dye – as a way of showing studio practice, as well as referencing the former life of the space.

Antonia Low lives and works in Berlin. Low regularly makes site-specific interventions that reference the electrical and mechanical features hidden within the structure of space. In the past she has stalled an elevator between the floors, taken apart fuse boxes, and excavated the electrical wires from a wall. For SELF-TITLED SPACE, Low presents recent work that explores the tension between photography and sculpture as they relate to space and display.

Simon Kentgens has a multi-facted approach to sculpture and space. Frequently working on a project to project basis, Kentgens questions the validity of our perception by deliberately masking appearances by employing mirrors and doubles. Recent strategies include juxtaposing bouquets of real flowers with artificial flowers.

Evi Vingerling lives and works in Eindhoven. Natural forms - bushes, plants and landscapes – each painted in a reduced palette with enough detail to give it a strong sense of what it is but not enough to name the thing or place definitely, are frequently the subject of Vingerling's paintings. Or rather – seemingly the subject of Vingerling's paintings. After a moment or two of looking, the lines, dots and squiggles of the forms render the natural world as a vague and immaterial, and yet unmistakably cohesive place.

Colin Snapp lives and works in Brooklyn. He is interested in using photography and video as tools to re-contextualize the contemporary landscape. Often his photographs are stills from his videos, which creates a technological layering of the experience of nature. The inclusion of numbers, and the enhanced pixilation, only add to the vast distance of the intimate moment of a single flower.

Flavio de Marco lives and works in Berlin. De Marco's paintings question the intersection of landscape, memory, and technology with increasingly more artificial colors, painting styles, and framing devices. Frequently cropping out of the landscape is the computer screen, or window, which expands and collapses the pictorial space. 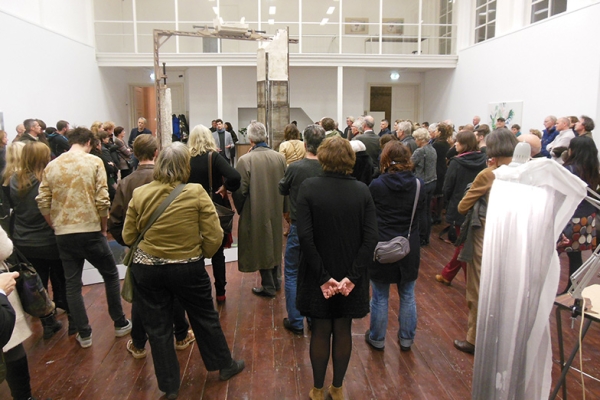 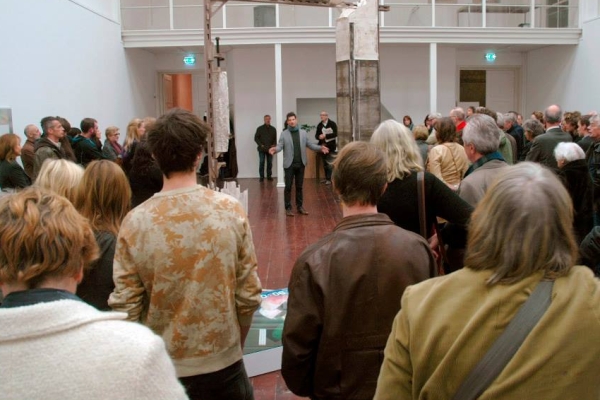 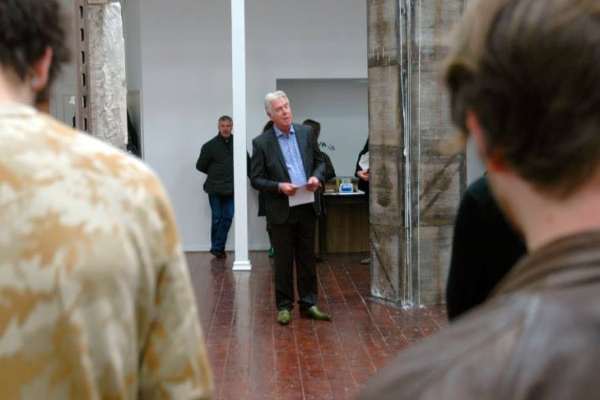 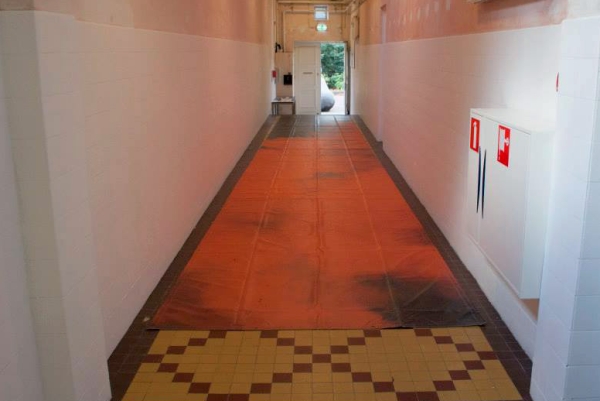 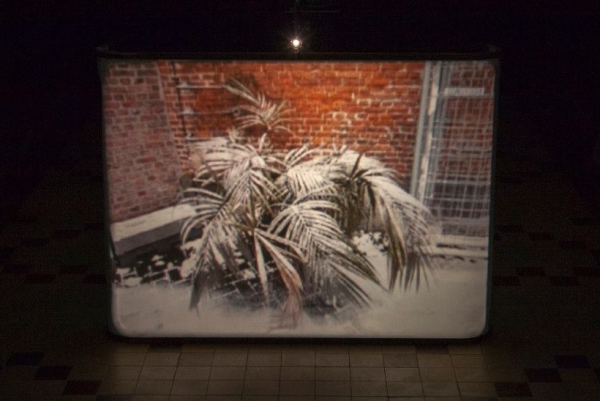 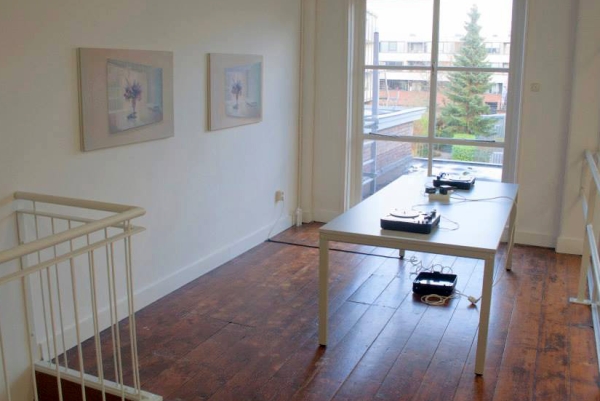 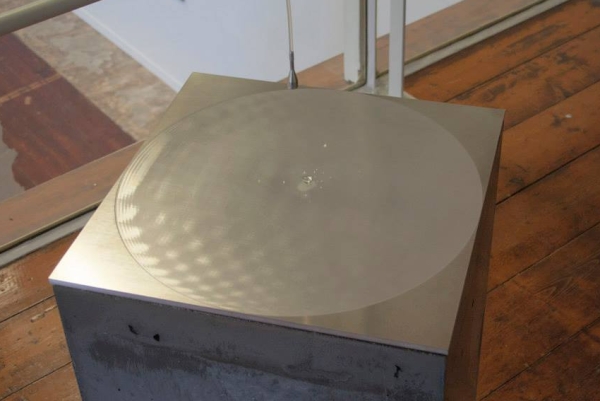 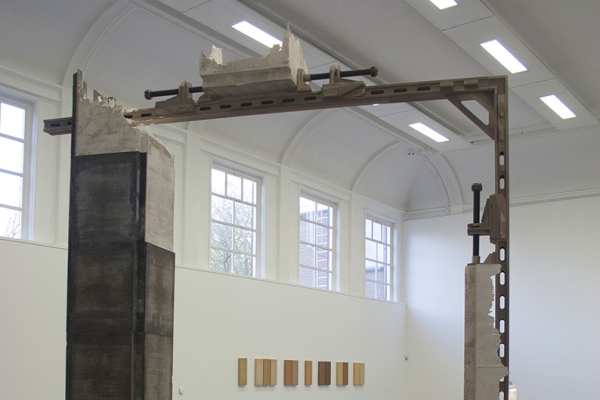 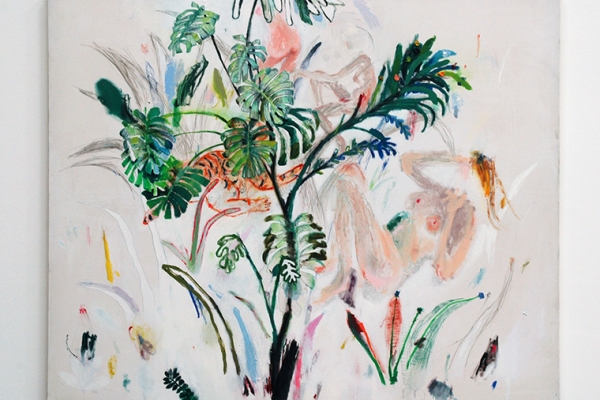 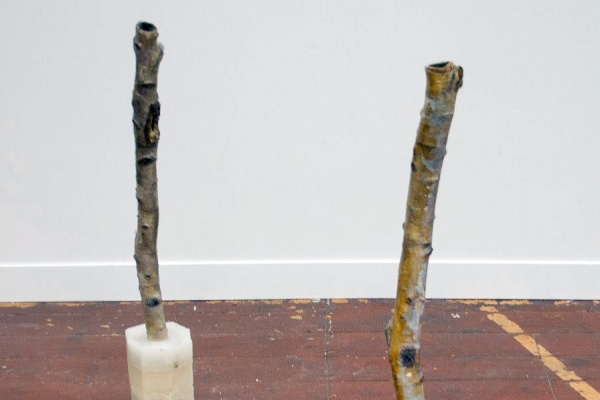 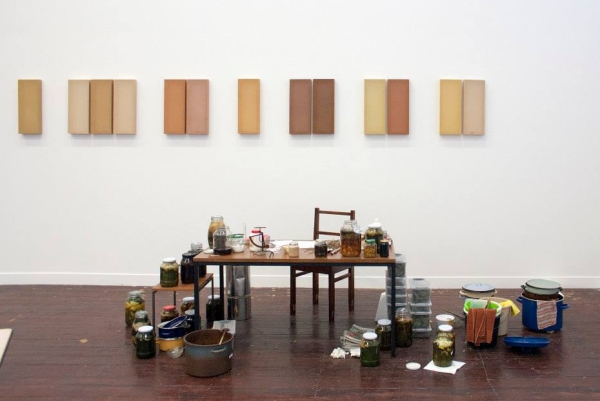 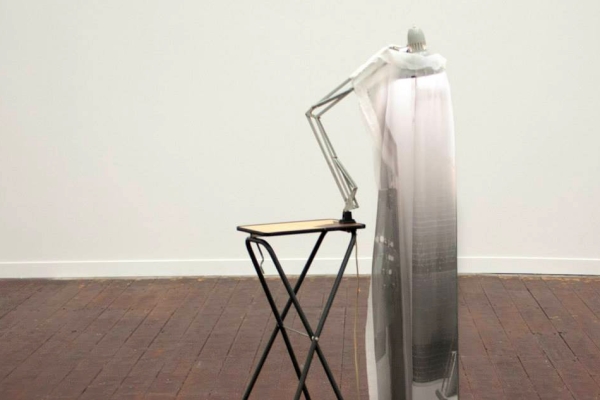 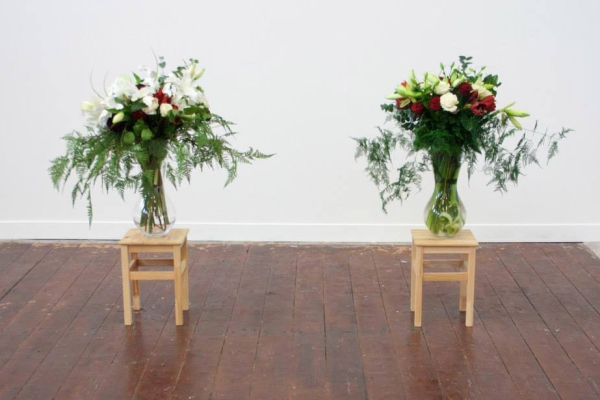 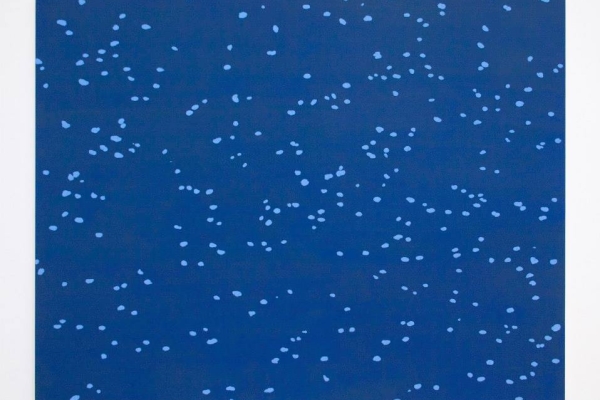 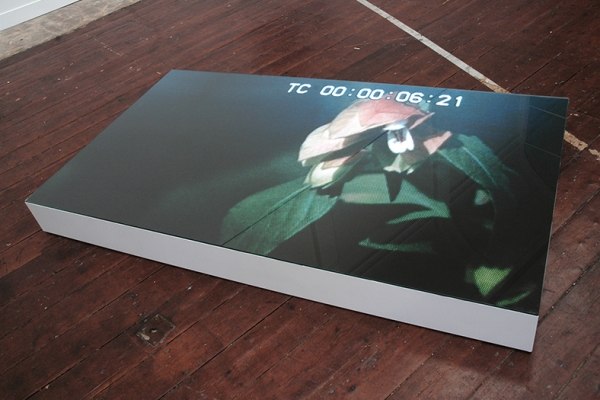 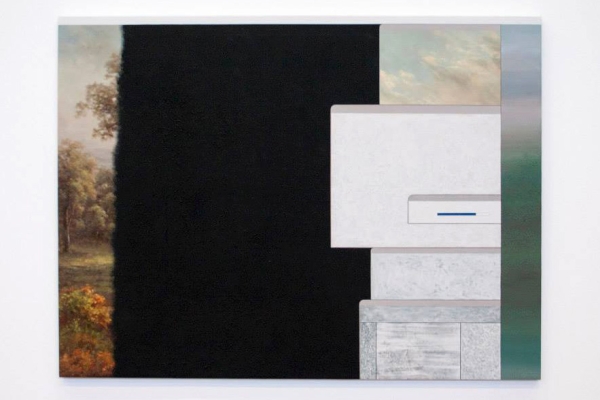 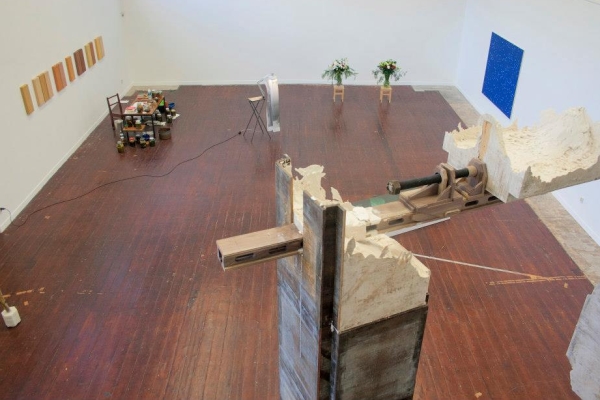 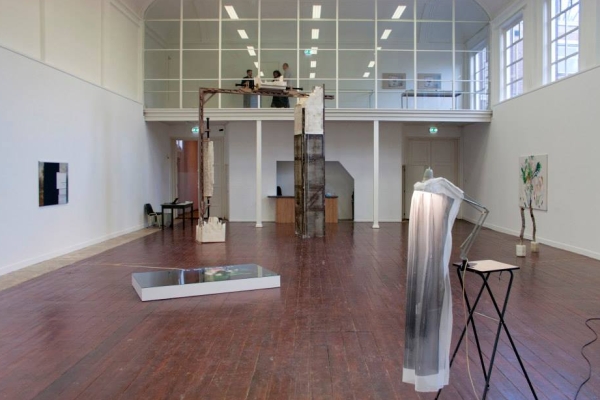 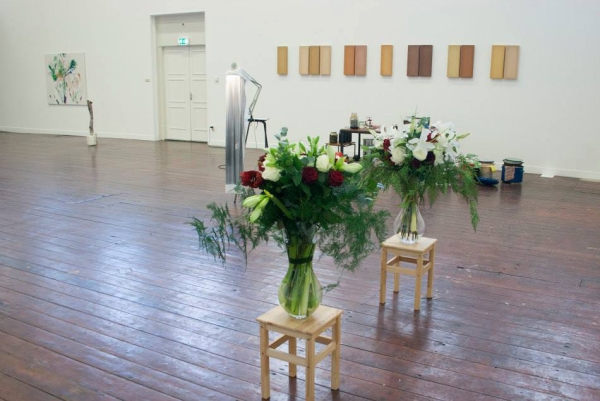 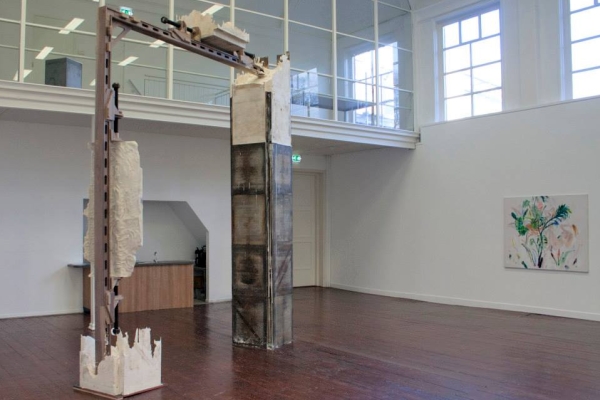